It was sometimes in the 912 A.D During the Abbasid Khaliffet Dynasty when the first lemon seeds were brought to Egypt from India, and where seen in Oman and Yemen (1). We don’t know exactly how did this plant found its way to Yemen, but it surely opened the doors for new flavors in cooking in the whole region. Lemon mostly needed to be preserved to be used for the whole year round.

Oshaar is a very popular lemon pickle. It is traced from Indian origins but differs from the Indian lemon pickles in many ways though, it has no oil (which I actually prefer it that way), it’s less spicy, and is more runny than the traditional Indian version. It’s simple yet rich in its flavor. I like to eat Oshaar with Mayonnaise in a sandwich, but usually it is eaten with rice and meat.

From Aden, this pickled heavenly, savory; delicious dressing marched to the rest of the country. Aden is a port city and was part of the British colony. Many Indians who worked for the British at that time moved and settled in Aden as it was bustling with businesses. In 1963, the last British soldier left Aden, but many Indians, however, made Aden homeland. Until now, Aden is known for its Indian influenced cuisine.Oshaar is only one of many things Yemenis share with Indians. 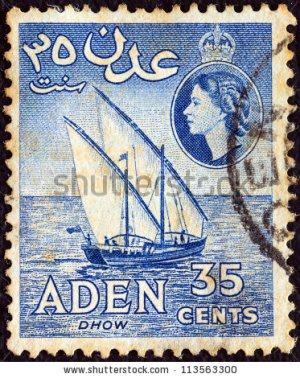 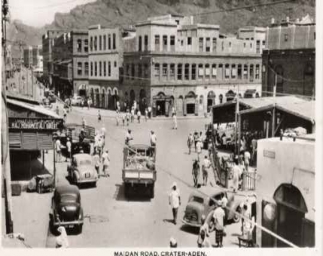 Old Stamps that represents Aden from the British Colony Era

Start cutting the Lemons in + shape from its middle section.

Fill the + shape with the sea salt until it’s totally stuffed and start to fill the jam jars with them.

After slicing the carrots and garlic put some of them in each jar evenly and follow with filling only half the jars with vinegar.

Close the jam jars tightly, and make sure you put them in an area that is exposed to sun for almost most of the day. My mom used to put Oshaar Jars on the ceiling of our house, and keep it out for a whole 6-7 weeks. 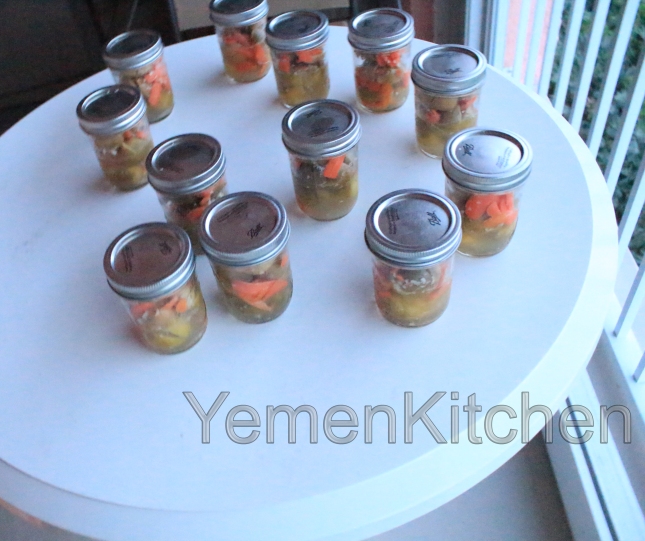 Now the lemons are pickled and ready for the second step, which is adding the red hot chili and black seed.

First boil the red chili in a small pot half filled with water, then remove the water, repeat this step 2 more times. If you, like your Oshaar spicier then you can boil the chili for one time only.

grind the chili in the food processor with the boiled water and 2 fresh garlic cloves.

Mix this blend with the pickled lemon and add the black seed before you close the jar again.

1The geographical distribution of animals and plants: part I, Part 1 ,p.117